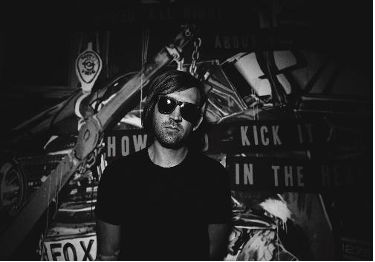 British artist Stuart SEMPLE will focus on key pieces of public art from his 20-year career and his learnings from establishing the Creative Therapies fund in the UK with mental health charity Mind.

Semple will digitally transcend borders for an online conversation with Hong Kong audience. Join this intimate chit-chat for a carefree venture into the playground of the heart as he shares his views on art, creativity, experiences and stories.

Disclaimer: The views and opinions expressed in this event are those of the speaker(s)/guest(s).

Semple has held 15 critically acclaimed solo exhibitions internationally in Hong Kong, New York, Los Angeles and Milan. He has participated in over 50 group exhibitions alongside artists such as Peter Doig, Basquiat, Warhol, Richard Prince, Ai Wei Wei and The Chapman Brothers. He has been featured across the media in The Times, Modern Painters, Italian Vogue, iD, Financial Times and many others. He has presented for the BBC and spoken at Oxford University, ICA, Denver Art Museum, Southbank Centre & Irish Museum of Modern Art. Honoured as a UN Happiness Hero – a distinction given to mark the first UN International Day of Happiness on 20th March 2013 – Semple is also an ambassador for ‘Mind’, the mental health charity.